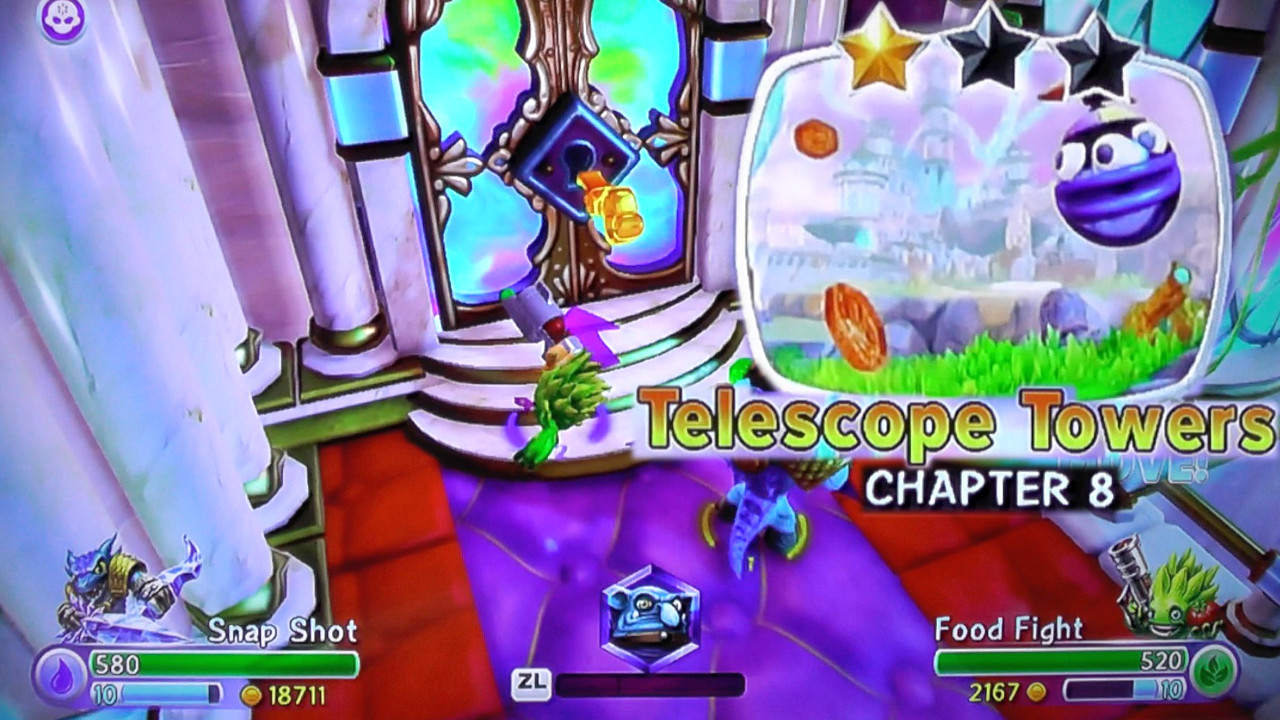 We’ve had loads of great games this year, but the best is still to come. Skylanders Trap Team looks like once again it could be our Game of the Year, with its cool addition of traps and playable villains. Wes and Andy from Family Gamer TV have been playing the game at EGX in London this weekend, and in these cool videos we get to see them go hands-on with chapter 7 and 8 of the game.

In chapter 7 Wes and Andy meet the villains Dreamcatcher, Chomp Chest and Eye Scream and manage to trap two of them. They also bump into some new enemies and take on some lock puzzles.

In chapter 8 the team have a look at Telescope Towers level and begin to work their way through trapping some new villains. Dreamcatcher is finally put in his place and trapped, Hood Sickle and Pain-Yatta are defeated, and Andy faces off a whole load of new enemies and takes on some lock puzzles. They also find Bat Spin’s Soul Gem.

The Skylanders Trap Team release date is October 10th. Keep tuned to BoxMash and Family Gamer TV for the next two weeks as we bring you more amazing gameplay from Trap Team as we run up the road to release!