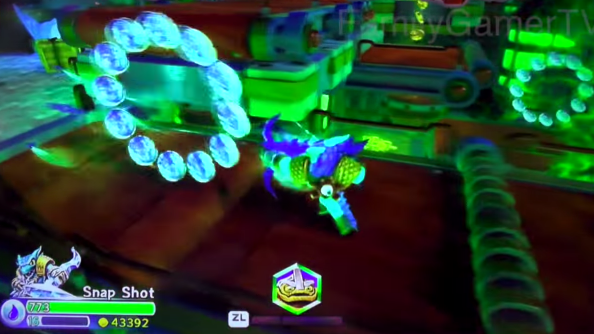 Skylanders Trap Team is just weeks away, and as you wish away the days until it’s here you can see brand new, unseen Trap Team gameplay right here on BoxMash. Family Gamer TV have got to play loads of levels from the game at EGX last weekend, and every day you can watch a new level.

Today Andy and Wes have a look at the Wilikin Workshop level and work their way through trapping some new villains and giving the enemies a run for their money.

In this level they trap Scrap Shooter and Dr Krankcase and encounter a whole load of new enemies and take on some lock puzzles. There’s also a sighting of Bat Spin’s Soul Gem!