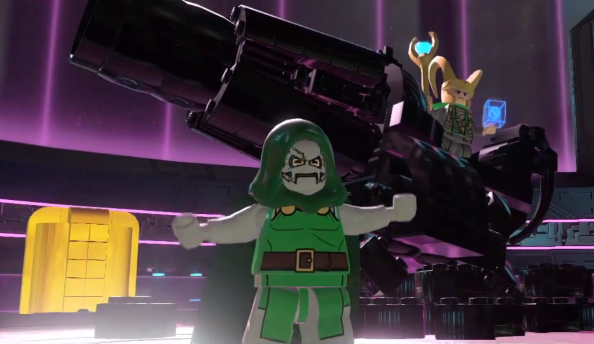 A new trailer for LEGO Marvel Super Heroes has been revealed, and it shows us the super villains we’ll have to defeat to save the city. They’re all led by Doctor Doom, who’s looking to cause havoc with his evil Doom Ray of Doom!

Spotted in the trailer are Doctor Octopus, Magneto, Sandman, Arnim Zola, Green Goblin, Loki, Abomination, Venom, Mystique, and quite a few more. All the Marvel heroes will have to come together to keep them at bay, so thankfully the Avengers, the X-Men, and the Fantastic Four are all reporting for duty. And they definitely will need to stick together, because this trailer reveals a new super villain, bigger than any other: Galactus, the world eater! 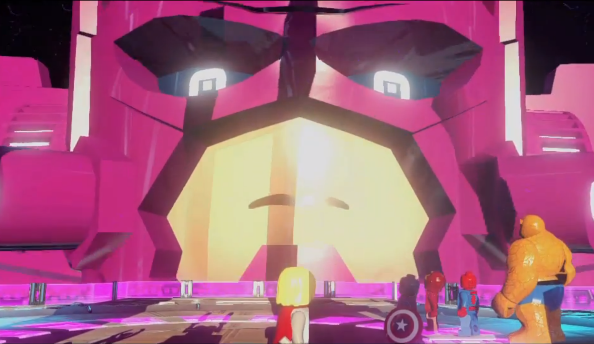 The Marvel Super Heroes will have to stick together if they’ve any hope of taking down the massive Galactus!

LEGO Marvel Super Heroes release date is October on Xbox 360, PlayStation 3, PlayStation Vita, Nintendo 3DS, DS, and Wii U. Next-gen versions of the game will be out in November for PlayStation 4 and Xbox One. What Super Villain are you looking forward to teaching a lesson, and what Super Hero will you use to kick their butt with? Let us know in the comments, just hit the Twitter button below.