LEGO have done something really, really cool. They’ve built a life-size Star Wars X-Wing out of LEGO bricks! It’s so big that we can hardly believe they did it. You can watch them assemble it in a new video…

The X-Wing is the biggest model LEGO has ever built, and was made using over five million bricks. It look the LEGO team almost four months to build it, and the sections were so big and heavy they had to use forklift trucks to move them! The X-Wing was made to celebrate the new LEGO webseries: LEGO Star Wars: The Yoda Chronicles. 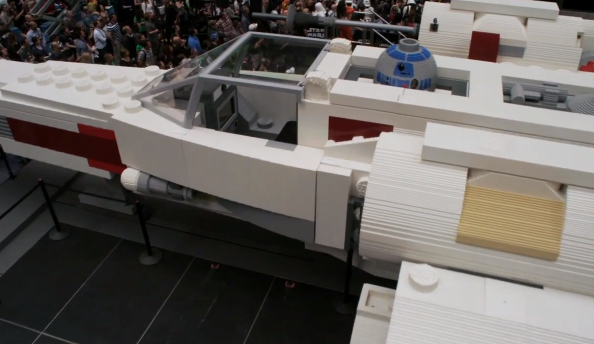 The X-Wing was shown off at Times Square in New York City, and has now been moved to LEGOLAND in California. What is the biggest LEGO model you’ve ever built? Tweet us a photograph of you most impressive models!