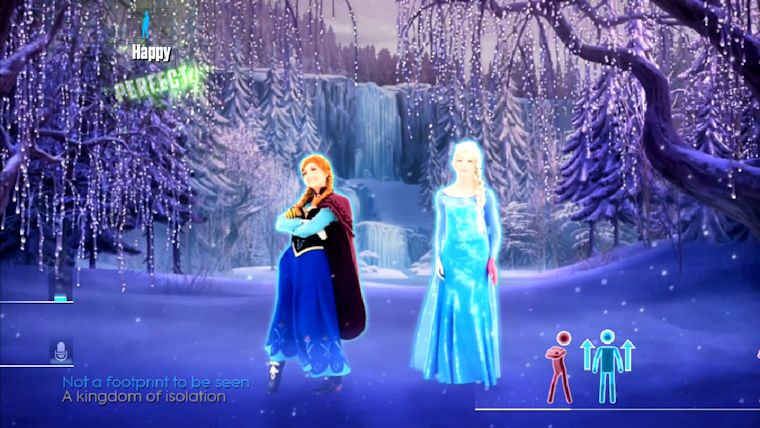 Just Dance 2015 is the latest game from the Just Dance series, and once again this year’s version is better than the last. One of the tracks in the game is ‘Let it Go’ from the Disney film Frozen, and Andy from Family Gamer TV has been getting the Hunt family to dance off to the music with Ana and Elsa. Check out this video to see how they get on.

The video shows off the PlayStation 4 version of the game being played with the Move controller. The lights on the end of the controllers make the dances look really cool, especially in the dark. If you don’t want to hold anything though, the Xbox One version is where you want to be, as that uses Kinect cameras to see your dance moves.

The Kinect and PlayStation Eye cameras can also film you to make cool dance videos you can share with other players online!

In this dance off to Let it Go, the Hunt family decided that Just Dance 2015 was the best ever version of Just Dance, and it looks like they’ll definitely be playing more.