iOS App of the Day: World of Tanks: Blitz 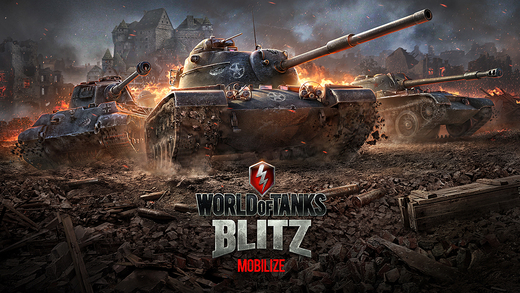 If you’ve played World of Tanks on PC or Xbox 360, you know it’s one of the most fun multiplayers games around. But now you can keep fighting on the go, thanks to World of Tanks: Blitz, a great new portable version of the game on iOS.

Blitz is probably the best multiplayer game on iOS at the moment, with really easy to use controls and great explosive action. There’s the same huge collection of tanks that you’d expect to see, and they

can all be upgraded with the winnings you make in the 7v7 multiplayer matches. Battles are fought on eight different maps, and you’ll need to work together to destroy the enemy and take the base. Thanks to the great ‘sniper’ mode, you’ll be able to shoot the armour off enemy tanks with pinpoint precision and defeat them.

It’s not the exact same version of the game as the PC or Xbox 360 editions, but Blitz is still pretty awesome. It’s just what you need to have a quick game on the bus or at break time, and is still in-depth enough that you can get really involved in managing your tank crew and upgrades. This is definitely the best multiplayer game on iOS.

To get involved, download World of Tanks: Blitz for iPad, iPhone, or iPod Touch from the App Store. Don’t fancy driving a tank? Try something less explosive from our Best Apps channel.