iOS App of the Day: Splot 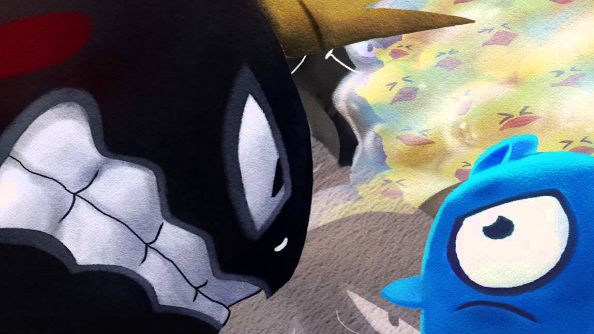 The Baby Birdlings are small and helpless, and the evil Hungry Blob Kings want nothing more than to eat them all up! There’s only one person who can stop them: you! Beat the levels in this fun platformer game and save as many Baby Birdlings as you can from a terrible fate.

Splot is a bouncy-ball shaped alien who has crashlanded on the planet of the Baby Birdlings. By bouncing around the levels you can make your way to the finish, whilst collecting Baby Birdlings along the way. You need to be fast though; the Hungry Blob Kings wont hang around and will be looking for fresh Birdlings to eat.

The cartoony look of the game makes it feel a bit like the Rayman games, and there’s just as much skill needed to play. There’s lava pits, spikes, lasers, and portals to avoid as you complete your rescue mission. Thankfully Splot can level up as you get further into the game, becoming more powerful and unlocking cool new powers like freeze and magnet.

There’s 56 levels to play, which means there’s a lot of game to play. If you’re looking for a big new app to keep you going, then Splot is the game you need. You can download it from the App Store for £1.49 right now. If platformers are not your thing, then you can find loads of other cool games at our Best Apps channel.