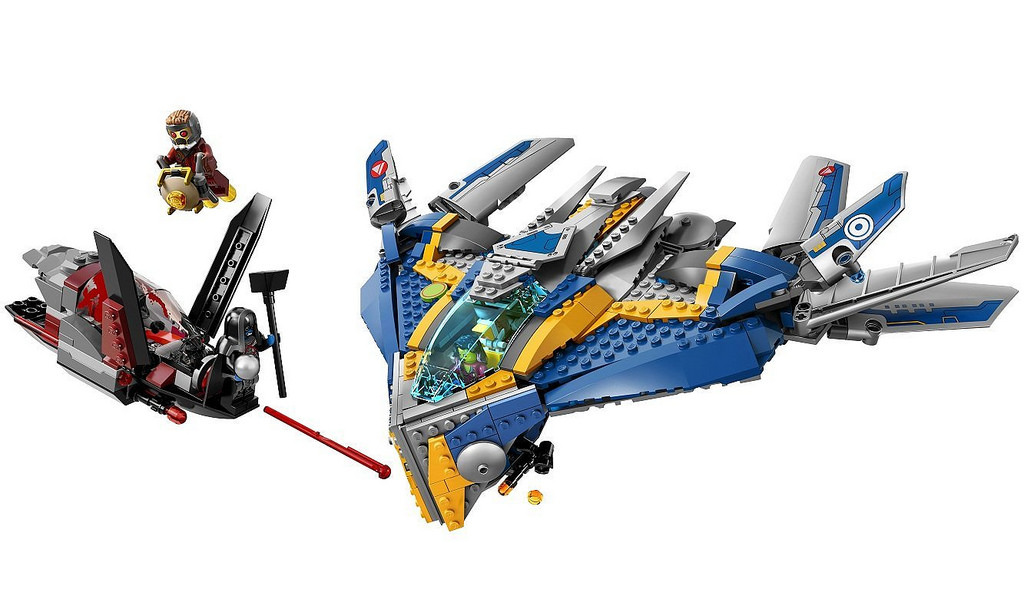 The very best thing about a new Marvel movie is the LEGO sets that come with them. It means you can continue the action when you’ve finished watching the film. Guardians of the Galaxy will be no different, and we can now finally see the LEGO sets that will launch in the summer. 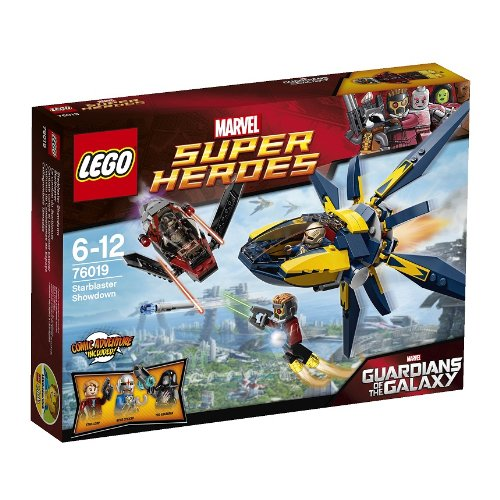 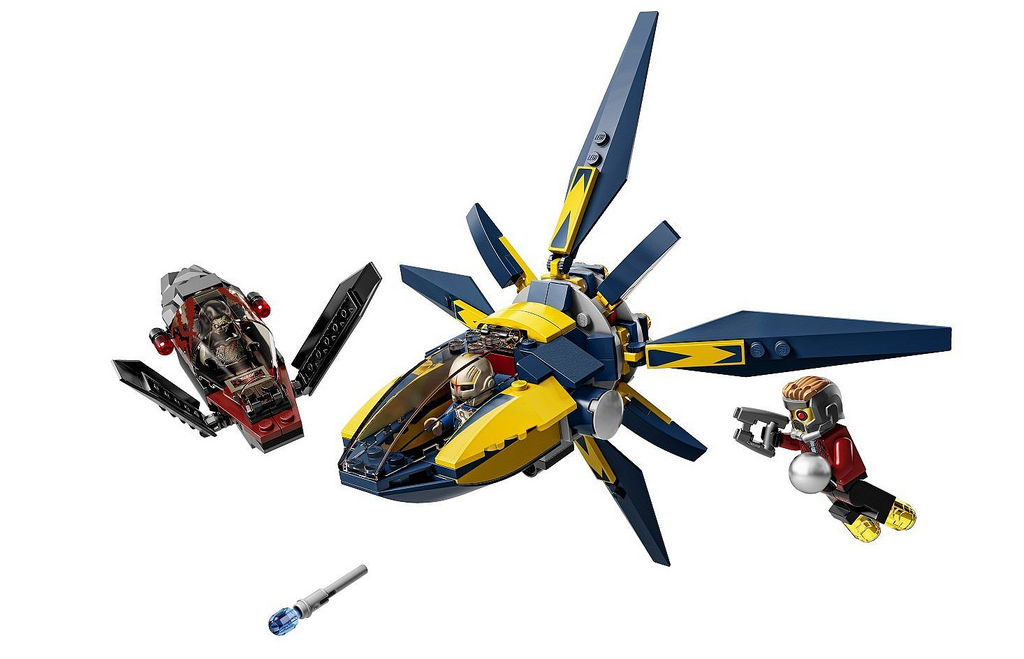 First up is Starblaster Showdown, which includes Star-Lord’s Starblaster fighter ship and the Sakaaran’s Necrocraft. These are smaller ships, a bit like Guardians of the Galaxy’s version of X-Wing and TIE Fighter ships. They come in a set with three figures: the Sakaaran, Star-Lord, and a Nova officer. 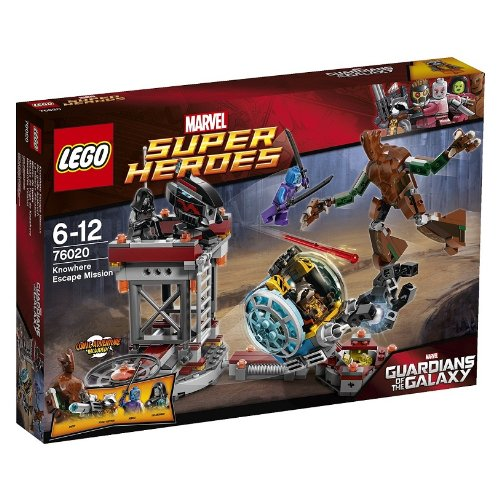 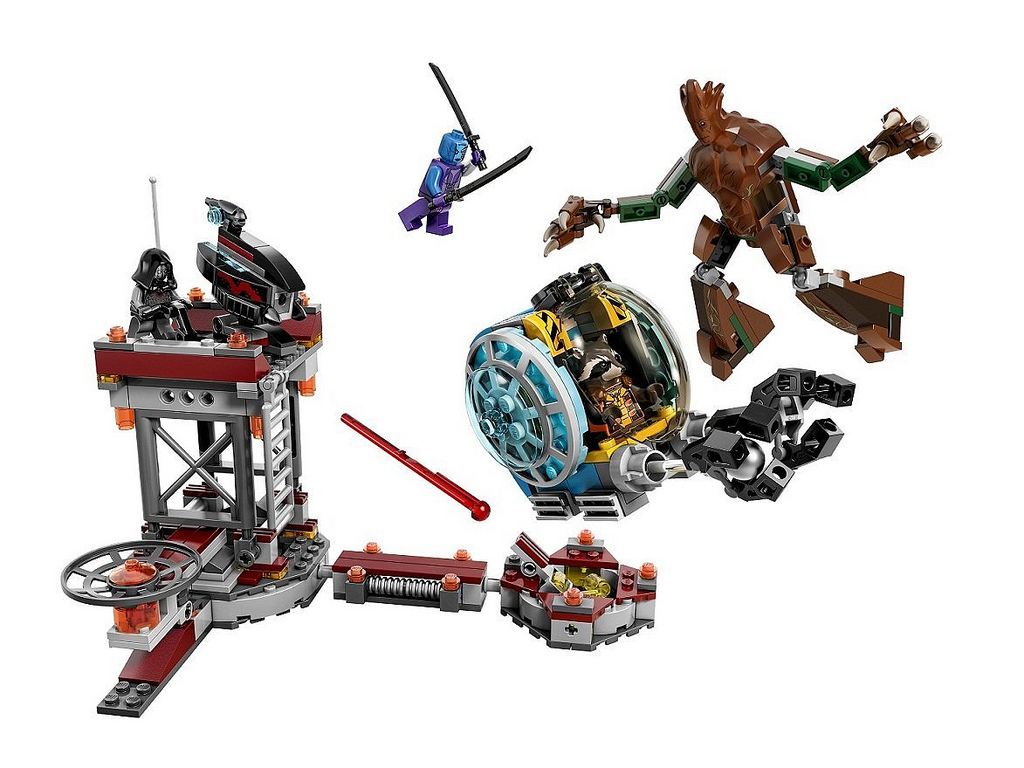 Knowhere Escape Mission will recreate an amazing scene from the film where the Guardians need to break out of a secure place. This kit is special because it’s where you’ll find Groot: the walking, talking tree member of the team. Because he’s so tall in the film, he’s not a minifig. Instead he’s a big, posable figure. How cool! He comes along with Rocket Racoon, the Sakaaran, and Nebula: the twin-sword swinging bad girl from the film. And of course there are some machines for you to build: a huge bazooka turret and a mining pod. 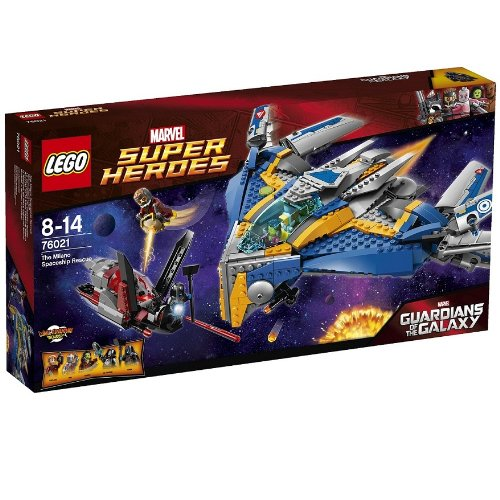 The Milano Spaceship Rescue is the biggest kit, and includes Star-Lord’s amazing ship The Milano. A huge blue and yellow ray-shaped machine, it’s piloted by Drax and Gamora minifigs and can fire studs and missiles. They’ll need them too, because big bad guy Ronan will be chasing them in his own Necrocraft. The set also includes a Star-Lord figure and the Sakaaran. 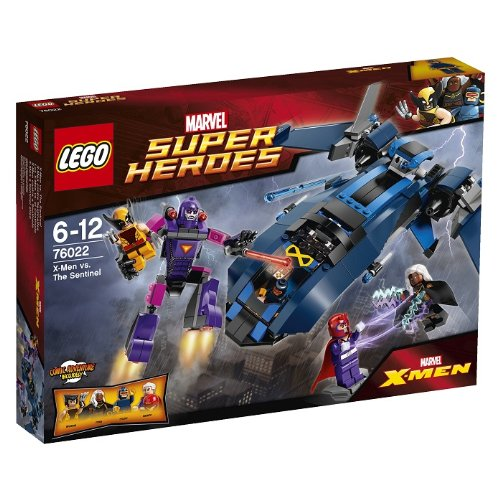 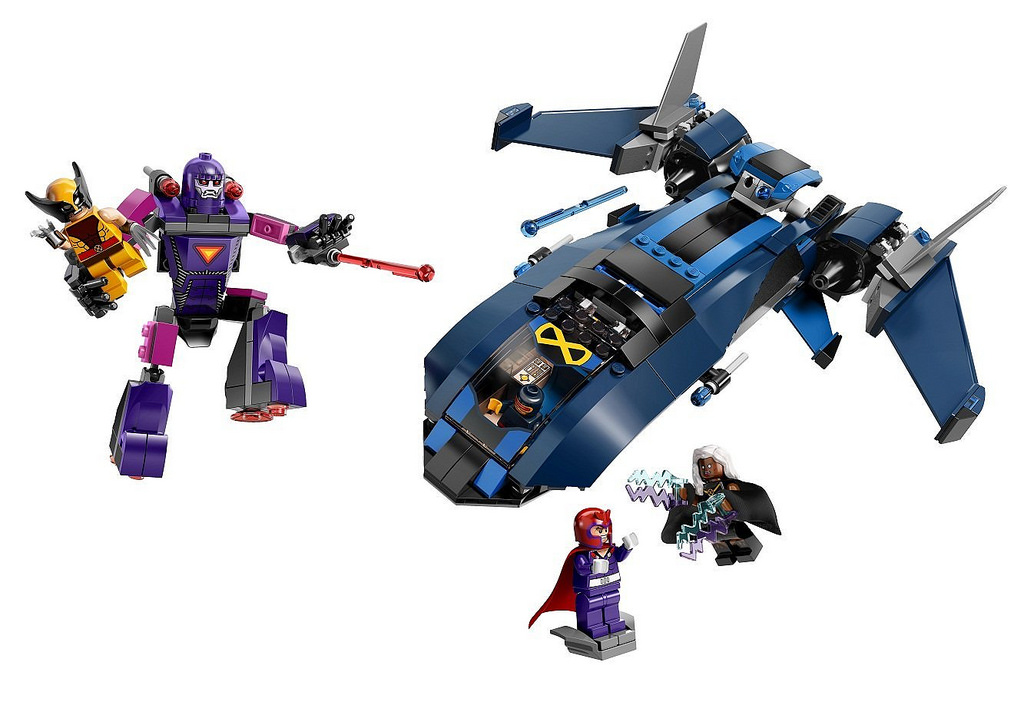 If you’re more into X-Men, there’s also a new mutant-themed kit coming this summer. Inspired by the new X-Men Days of Future Past film, the kit includes a massive Sentinel figure, as well as the X-Men’s Blackbird jet. There’s also some minifigs in there too: Wolverine, Cyclops, Storm, and Magneto.

There’s no release date for these kits yet, but expect to see them in the summer months around the time when the films are released.

If you’re looking for more amazing LEGO stories, why not check out our LEGO channel?