Hearthstone on iPad: see it in action here! 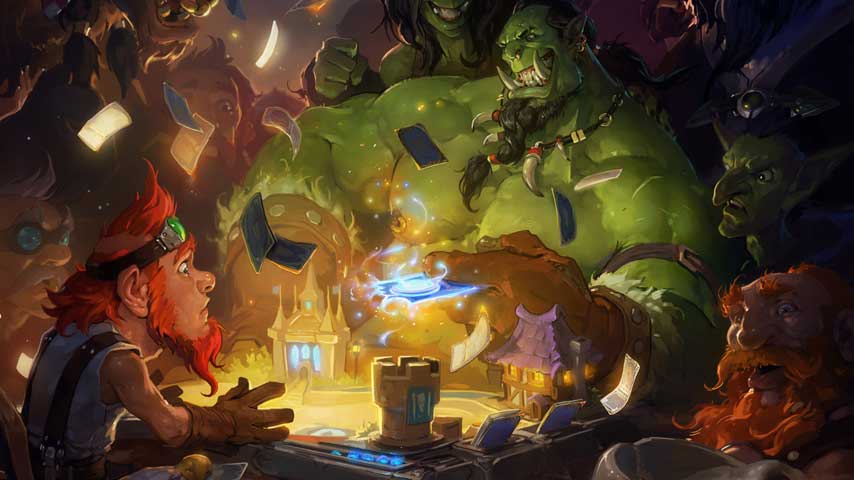 Have you played Hearthstone? At BoxMash it’s one of our favourite games, and we’ve been playing a lot of it recently. It’s an amazing card game you can play on your computer, where you battle against either characters or other real player using cards that cast spells or summon monsters and soldiers. It’s really brilliant. Even better: it’s coming to iPad very soon. Wesley from Family Gamer TV got to take the iPad version for a spin, so check out this video to see him fight a few battles.

This video is brilliant because not only does Wesley show you the game’s graphics and cards, but also explains how to play. There’s some skill needed to play Hearthstone, so it’s a great idea to watch Wesley so you can get a good idea on how to play.

If you’ve played Hearthstone before, then what you’ll see in the iPad game is exactly the same as what you see on PC, except now you use your fingers on the touch screen to move the cards instead of the mouse. We think this makes the game feel even better, as if you were using real cards that you can touch and feel. But these cards are so much better, because when you cast spells there are actual explosions!

Hearthstone is free to play on PC, and the iPad app will be free too. You can pay for new cards with real money, but you don’t need to at all: if you play the game you will earn money which you can buy cards with instead. And as you level up your character in the game, you’ll be rewarded with new cards too!

Hearthstone is available in Canada, Australia, and New Zealand on iPad at the moment, so if you live in any of these countries you can download it right now. If you don’t, but still want to play, you can download the PC version from Battle.net now and get your game on!