Guardians of the Galaxy blast onto iOS 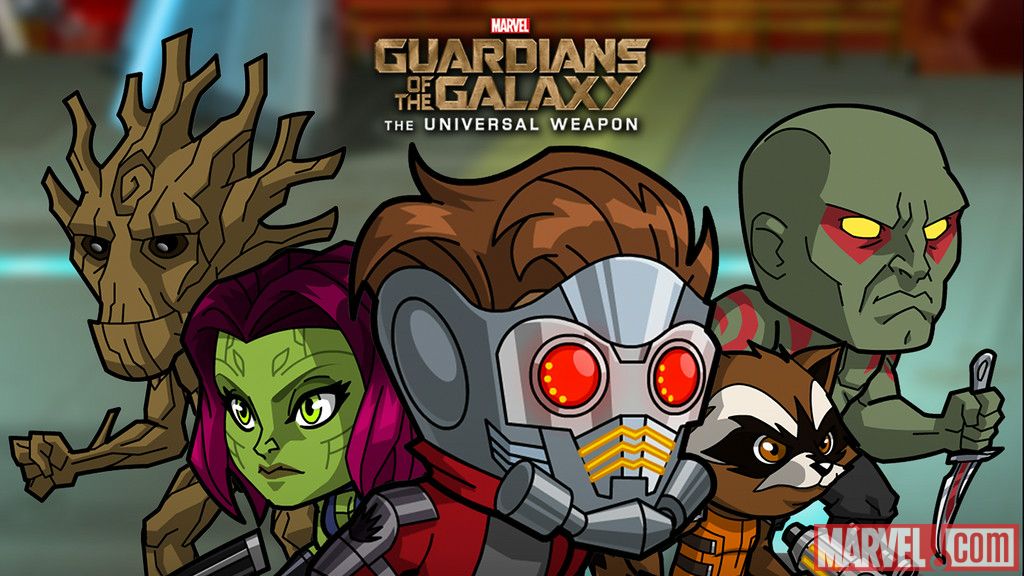 The Guardians of the Galaxy film is just a week away from hitting cinemas, but if you’re desperate for a little intergalactic action right now then you need the Guardians of the Galaxy game on your phone or tablet. The Universal Weapon is available on Android, iOS, and Windows phones and tablets, and Family Gamer TV have been checking out the first few minutes of the game in this video.

In the game, you’ll be controlling Star Lord, Gamora, Drax, Groot, and Rocket Raccoon as they travel around the galaxy in search of the pieces of the Universal Weapon. When all five pieces of the weapon are found and put together, it will reveal the identity of the shadowy enemy of the Guardians.

The game is an arena-style action game with some fast paced, explosive combat that lets you use all the unique abilities of the team. You can do really cool combos by joining up the abilities of two different characters to deal some really big damage to the waves of enemies that are attacking you. You’ll need to think quick on your feet to survive to the end of the levels.

There are sixty levels overall, and as you play through them you can unlock new characters  and visit different planets. On your journey you’ll be able to upgrade your teams skills and abilities to make them stronger.

Guardians of the Galaxy: The Universal Weapon is £2.99 on iOS, Android, and Windows phones and tablets. If you have Windows 8 on your PC you can also play on a computer, where it costs £5.99 from the Windows Store.

Tags: Guardians of the Galaxy