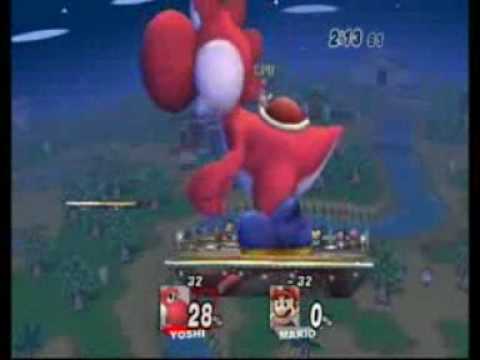 While we have to wait until the end of the week to get our hands on Super Smash Bros, fans in Japan are already playing. Some videos have hit the internet, and it turns out that Japanese players have discovered quite a funny glitch in the game that causes some characters to grow to huge sizes!

The glitch (something that happens in the game that isn’t supposed to) happens in Multi-Man mode, and can cause characters to become giants. Yoshi becomes more like Godzilla when inflated to such huge sizes!

Nintendo are likely to make a patch for the game that will fix this glitch, but until then it’s quite a bit of silly fun.

The Super Smash Bros. release date is October 3rd on 3DS, and later on this year for Wii U. To see all the latest screenshots and videos of the game, check out our Super Smash Bros. stories and the Nintendo channel.