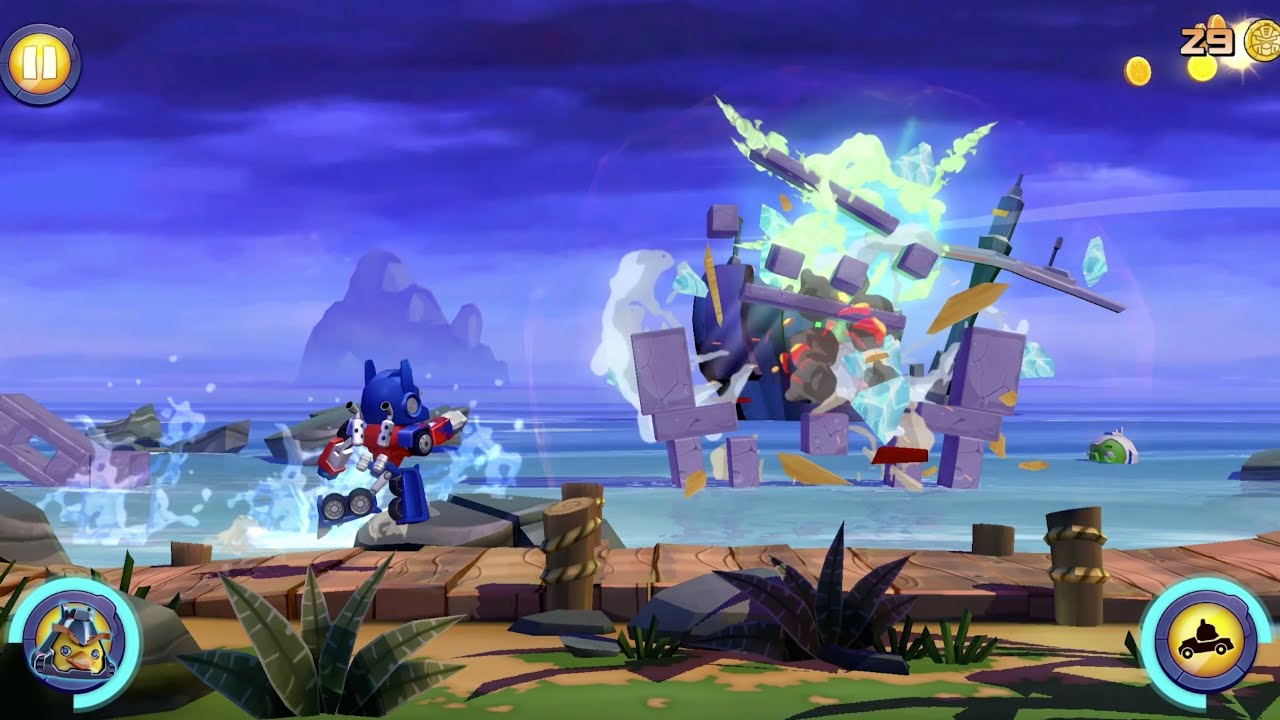 Angry Birds Transformers feels like it’s been sitting in the background for a while whilst Angry Birds Stella takes centre stage. Thankfully the Autobirds are ready to roll out, and now thanks to a new trailer we can see exactly what kind of game we’re going to be playing this October. Wes from Family Gamer TV has been taking a look, and this is his expert analysis of what we’ve seen so far…

It looks like Angry Birds Transformers is a different kind of game than we’ve played in the series before, with a run-and-gun style action instead of the catapulting action we normally think of. Each Autobird or Deceptihog character can transform at any time in the level between their vehicle and robot form. They can also team up, which suggests that there will be an even bigger enemy in the game that both Transformers armies will have to join forces to defeat.

In this second video Wes looks at what toys we can expect to see when Angry Birds Transformers launches. It’s almost exactly what you’d expect, with toys of all the different Autobirds and Deceptihogs. Returning from Angry Birds Star Wars and Angry Birds Go! are the Jenga sets, This time out we get two sets, one featuring Bumblebee (Chuck) and Grimlock (Hal) and the other containing Optimus Prime and Galvatron. There’s also the Energon Racers pack which includes five figures, letting you pit Autobird against Decepticon to find out who is the fastest Transformer around.

The Angry Birds Transformers release date is October 15th on iOS and October 20th on Android. If you loved these videos, follow us on Twitter for loads more amazing stories and gameplay footage, and subscribe to Family Gamer TV on YouTube.