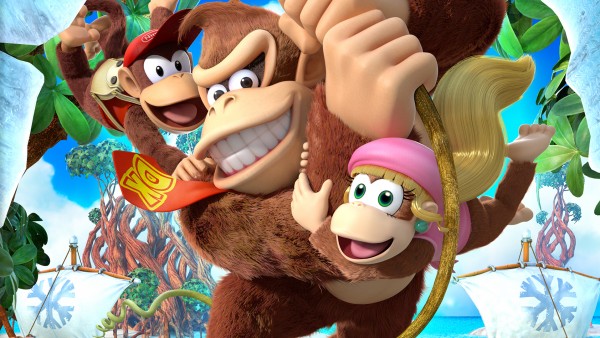 Donkey Kong may be the monkey in the title, but he’s not the only Kong in the family. We all know about Diddy, but do you know Dixie? Well, she’s featured in the latest trailer for the ape-swinging platformer.

Dixie Kong was last seen in Donkey Kong Land III on the original Game Boy in 1997, but she’s back to help save the country from the evil Viking Seals in Donkey Kong Country Tropical Freeze. She uses her pony tail to whip enemies and swing across the world, and has a bubblegum gun to keep villains at bay. She can even jump on Donkey’s back for a ride.

Dixie, like Diddy, is a multiplayer character, so when playing co-operative player 2 can use her. Her special skills make her really useful, and you can see in the trailer how two players can team up