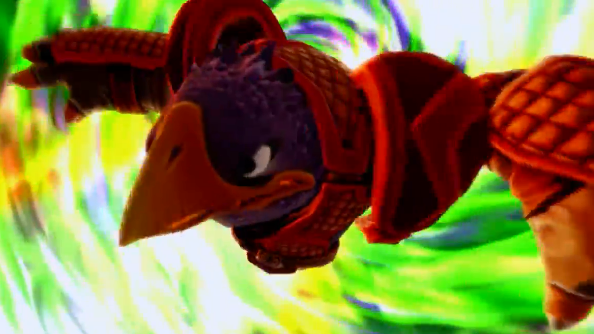 Skylanders Trap Team puts a lot of focus on the villains of the game, who you can trap in special keys and then unleash on your enemies when you need them most. We’ve seen a small few of them, but not as many as we expect to see in the full game. But now we can reveal a brand new villain: Cuckoo Clocker. Wes and Joe from Family Gamer TV were at Lollibop Festival where they got to get hands-on with the new bird-like villain.

Also at Lollibop were some great figures on show, including Trap Masters, the new Skylanders Minis, and the Chaos Traps that will help keep the biggest of the bad locked up safely!