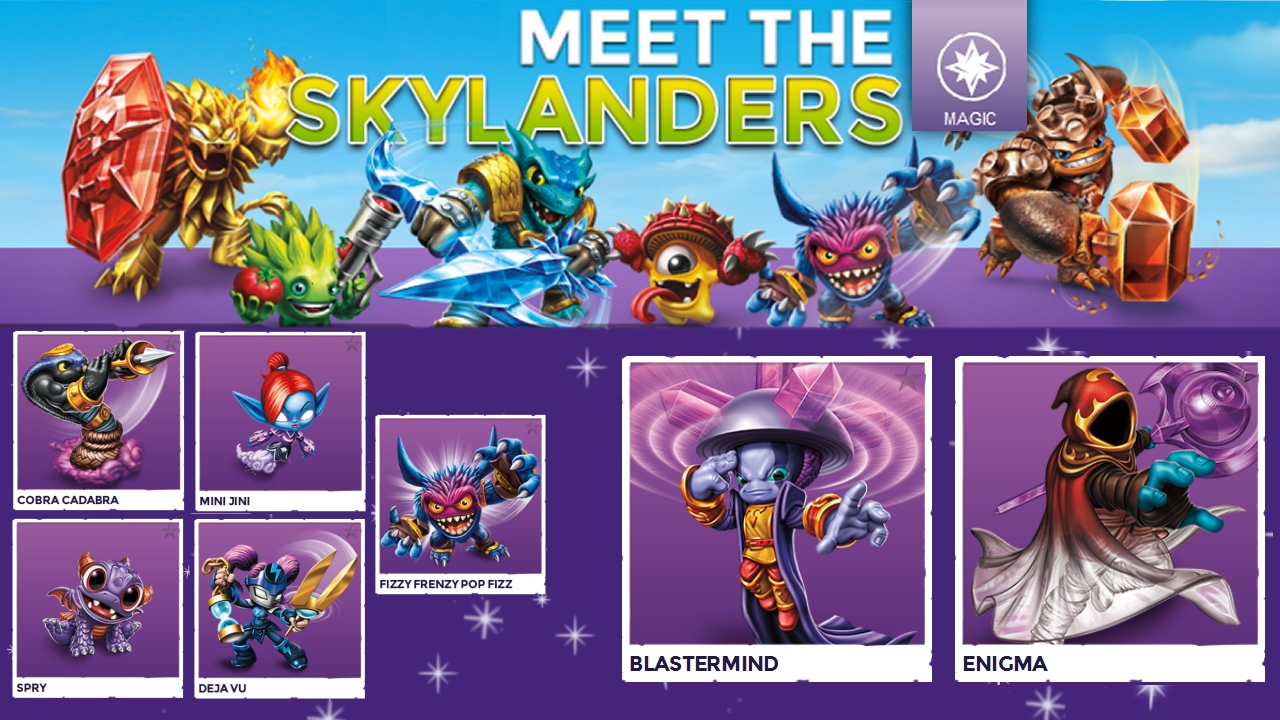 Skylanders Trap Team is the next big game in the Skylanders series, and it will be with us in October. Like every new Skylanders game, Trap Team will feature lots and lots of brand new characters for us to meet and play with. Family Gamer TV have been having a close look at these new characters for a new series of videos. Today, Wes is looking at the magic element characters.

We’ve now had our first look at gameplay for Blastermind, Enigma, Deja Vu and Cobra Cadabra. In the video there’s also the return of Pop Fizz in his Fizzy Frenzy repose and while there’s no Spyro this time out, we do get to see the Mini version, Spry, accompanied by the Mini version of Ninjini, Mini Jini.

It’s great to finally get a look at some of the powers these characters wield, especially the Trap Masters. Hopefully it’ll give you some idea of which figures you’d like to pick up at release and in the forthcoming waves throughout the year. Remember, this time out, you’re going to need one Trap Master from each element to access all Skylander specific areas of the game.

The Skylanders Trap Team release date is October 10th on PS3, PS4, Xbox 360, Xbox One, Wii, Wii U, 3DS, and tablets. If you loved this video, follow us on Twitter for loads more amazing stories and gameplay footage, and subscribe to Family Gamer TV on YouTube. Don’t forget to come back to the Skylanders channel often over the next few weeks, where Family Gamer TV will be looking at every other element, too!