Child of Light grows up in amazing gameplay footage 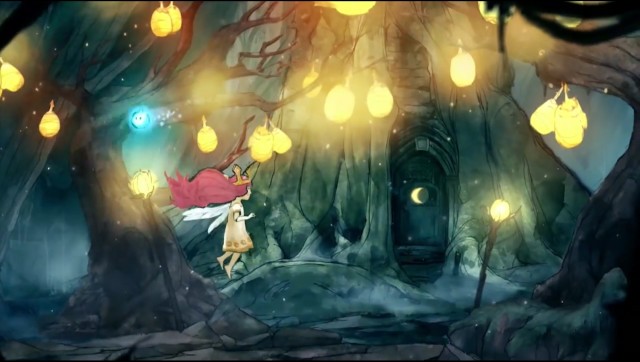 Child of Light is a really amazing looking game being made by Ubisoft, the company that made Rayman Origins and Rayman Legends. Like those games it’s a 2D side scrolling game with a hand-drawn look, but this time it looks like the paintings from fairy-tale books instead of a cartoon. It’s about a sick girl called Aurora exploring the world of Lemuria. Andy from Family Gamer TV has played it, and he thinks it’s really exciting. Check out his video where he talks about his favourite things in Child of Light.

Not only does Child of Light look amazing, it plays amazing too. The game has platforming style sections like Rayman, where you have to move blocks to reach new areas and jump across gaps, but it also has a combat system more like the Final Fantasy games. It’s set up a little like Pokémon battles, but instead of taking it in turns to attack you can strike when the bar charges up to the red zone. There’s real tactics involved, so you need to think hard and fast about the kind of attack you want to do. It’s multiplayer too; a second player can play as Aurora’s friend who can heal her and help out.

It’s also a really interesting story. Instead of saving the world or defeating a big bad guy, Child of Light is all about growing up. It’s something we all do, so we think you’ll be able to understand better what Aurora is going through. Of course just growing up in the normal world wouldn’t make an exciting game, so the world of Lemuria is a more interesting place to tell the story.

Andy also had a chat with the creative director of Child of Light – Patrick Plourde – to ask him about how he and his team made the game and decided on the kind of art and story they wanted to use. Watch the interview in this video.