Castaway Paradise on iPad is just like Animal Crossing 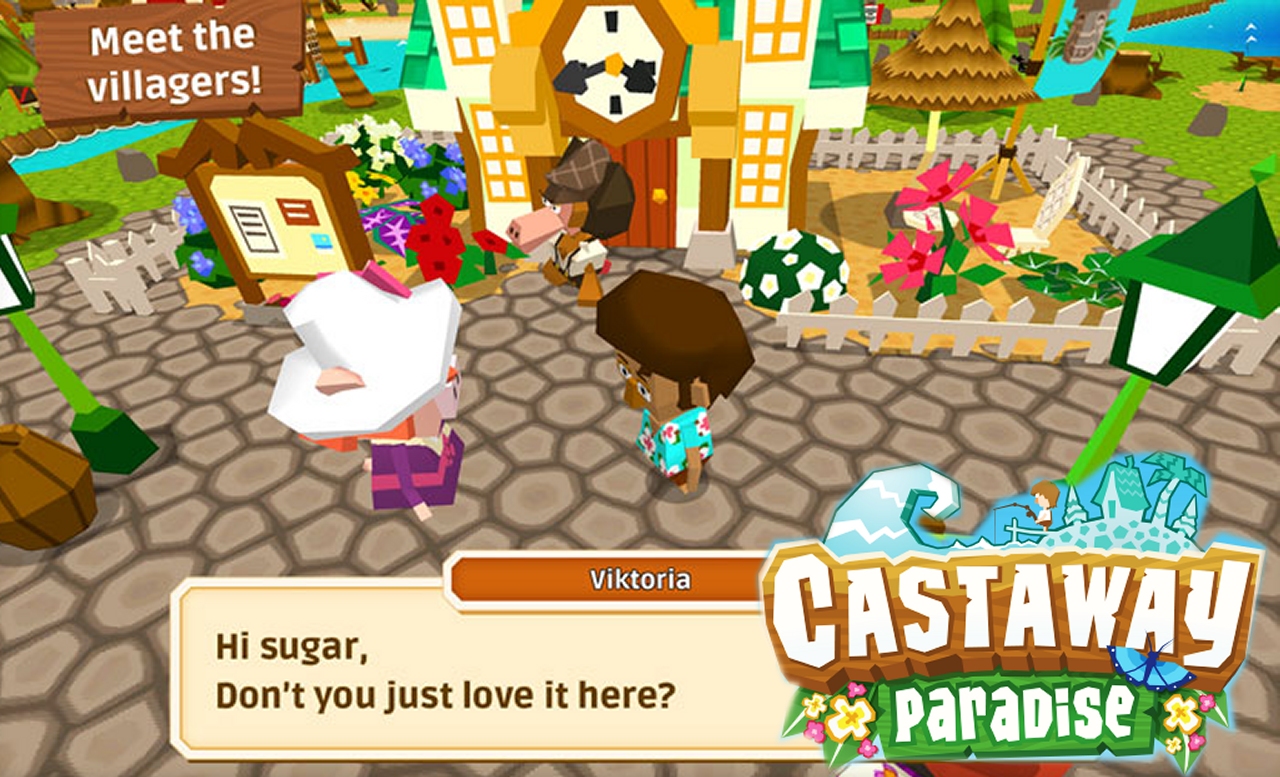 If you really love Animal Crossing, or would love to play it but don’t have a 3DS, then you should definitely be on the look out for Castaway Paradise. It’s a lot like Animal Crossing, but it’s a free-to-play game from the Apple App Store on iPad. Adam from Family Gamer TV has been having a look at it, and he actually thinks it’s better than Nintendo’s game.

Castaway Paradise looks and feels almost exactly the same as Animal Crossing, and has very similar tasks and characters. There’s plenty to do, from gardening to collection rubbish from all across the island, and you’ll progress quickly as you complete quests. There is a limit on how much you can play per day without paying, but that limit is generous. You can buy plenty of other things in the shop with real money, but most of them can be bought using the money you earn in the game, so you don’t have to pay a penny to enjoy the game.

Castaway Paradise is only available in New Zealand and Canada at the moment, but will be released in America and Europe later this year. That is unless Nintendo get their hands on it first. Because it’s so similar to Animal Crossing, Nintendo could stop the game being released because it copies their idea. But if that doesn’t happen, we’ll have a great new game on the App Store very soon.