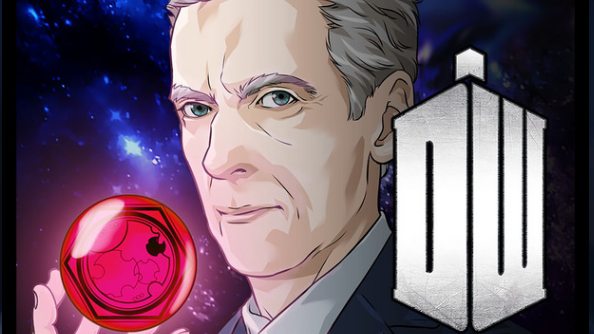 Doctor Who is back on our TV screens in a brand new series with the new Twelfth Doctor, Peter Capaldi! This is the perfect excuse to get back into Doctor Who: Legacy, one of the best games on the iOS App Store. Even better, new levels are being added every week that tie into the new episodes of Doctor Who that are on TV! Family Gamer TV have been having a look at the new level based on the third episode: Robots of Sherwood.

These new levels are played in this video by Mark Clapham, who has written quite a few Doctor Who books for the BBC.  The new levels will be top-quality and very well written as we go on new adventures with the Twelfth Doctor and Clara.

When we played Doctor Who: Legacy last year we said it was like Candy Crush Saga, but with “a new, timey-wimey twist!”, and we still think that it’s one of our favourite games on iOS. With these new levels, there’s no excuse not to give the free game a play!

For more awesome iOS games check out our Best Apps channel. And if it’s Doctor Who you’re really interested in, take a look at our Doctor Who stories to see wherelse the TARDIS has been landing. If you loved this video, follow us on Twitter for loads more amazing stories and gameplay footage, and subscribe to Family Gamer TV on YouTube.