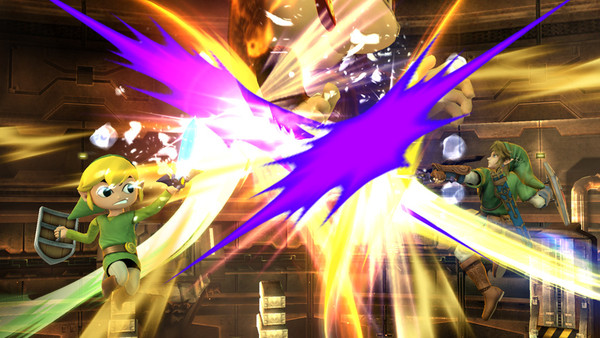 There’s some more awesome Super Smash Bros. news this week, and it’s all about Legend of Zelda! ,Masahiro Sakurai – the director of Super Smash Bros. – has released an image of an unnamed new stage in the game, which you can check out below. Although he doesn’t provide any more information about this stage, as you can see in the photo it seems to look like a side scrolling Zelda themed stage. 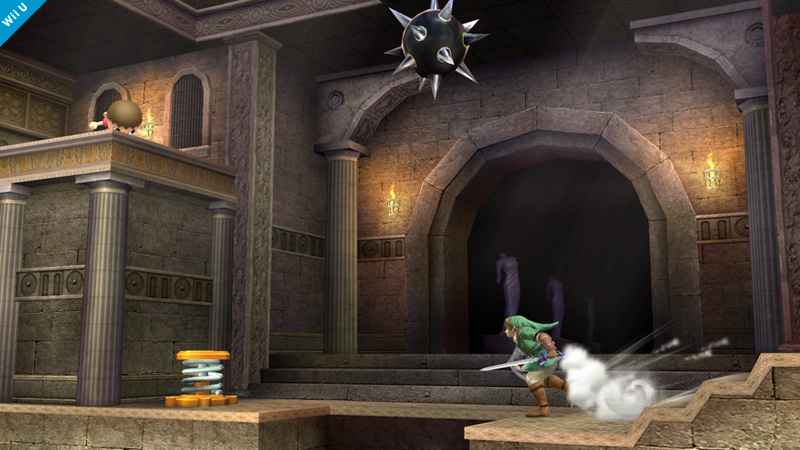 In today’s update Sakurai announced an awesome new Zelda themed item, “The Gust Bellow” from the Legend of Zelda: Skyward Sword. In Skyward Sword, the Gust Bellow was the key item to beat the Lanaryu mine. As you can see in the photo, Link uses the Gust Bellow on Samus, using it to blow her away with a powerful blast of wind. This item is cool because it not only causes damage points but can be used to create distance between you and the opponent. Beware though, because when someone drops it the gusts will run wild creating chaos and possibly damaging everyone! 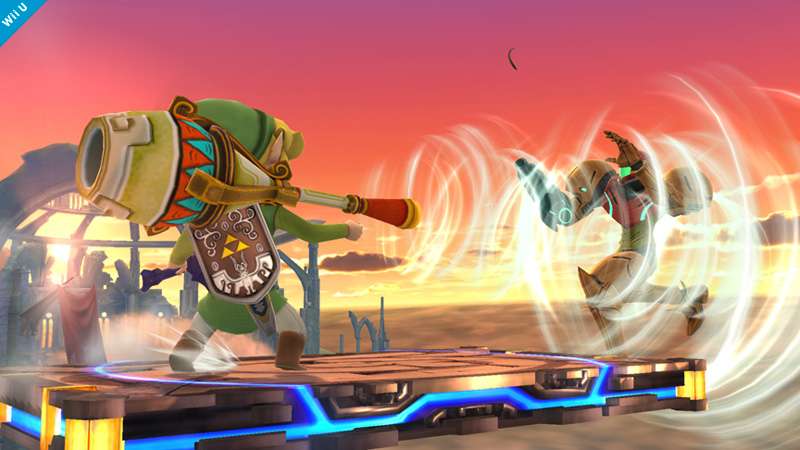 If all that wasn’t exciting enough for Legend of Zelda fans, Sakurai went on to confirm that there will be even more items from the Zelda series in the new Super Smash Bros. game, saying: “Out of the new items, more than a few will be from the Legend of Zelda series. We’ll take the most interesting straightforward ones and reformulate them to match the Super Smash Bros. world.” How awesome! Zelda items used in previous Super Smash Bros. games include the Bunny Hood and Heart Container. What items do you think they will use from the Zelda franchise? Let us know in the comments below!