Awesome Exo Suit is the best LEGO kit this year 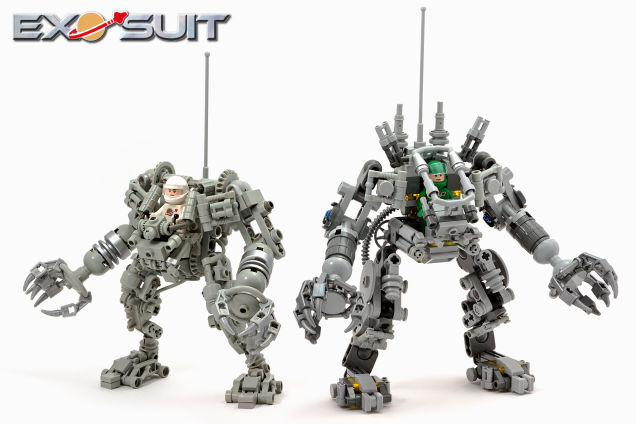 We see loads of cool new kits come out of LEGO Ideas, the website that turns people’s LEGO inventions into real kits you can buy. This may be the best one we’ve seen yet though: an incredible Exo Suit for LEGO astronauts!

Designed by LEGO lover Peter Reid, the big suit helps a normal LEGO minifig pick up really heavy things, and work with materials a normal LEGO fig couldn’t do on their own. The big robot suit is controlled by a LEGO spaceman figure, who wears a green uniform. The colour is really important, too. Why? Because it’s the first time anyone from the LEGO space series has ever worn green.

“Why the green classic spaceman? With limited new parts for Ideas sets I had to use a torso assembly (body, arms and hands) that was currently in production. This left three colours that would work for a classic spaceman. Black (available thanks to Darth Vader), Blue (thanks to Benny from the LEGO Movie – too obvious) or green (thanks to Ninja Turtles).” explained Peter.

“There was a second reason to go for green, I’ve met and talked to Jens Nygaard Knudsen, creator of the Mini-figure and all of the original classic space sets (from day one all the way to Spyrius). According to him the Red and White spacemen started as Cosmonauts and Astronauts. Later they became red pilots and white explorers, yellow were introduced as scientists, blue as security/soldiers, black as spies. Pete and I decided Mech Pilots should be a new colour. Green!”

The LEGO Exo Suit set will go on sale next month. Looking for more brilliant LEGO kits and ideas? Take a look at our brilliantly blocky LEGO channel.