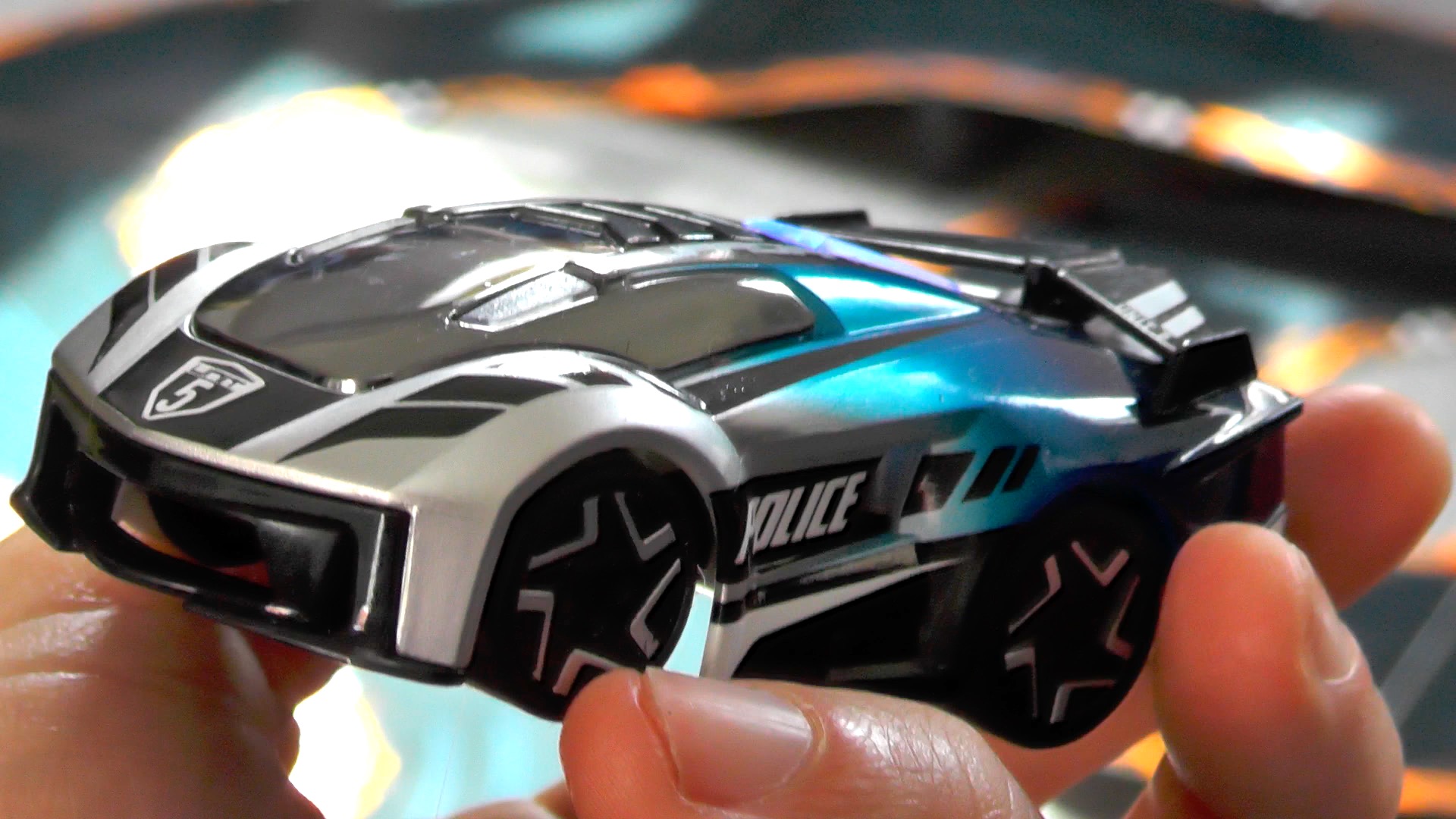 The Scalectrix aping Anki Overdrive still has more than a few tricks up its sleeve. With the announcement that it will be available from 20th September, comes two new cars a new game mode and first sight of the new app.

Players in Anki Overdrive control a variety of highly detailed robotic cars on tracks they’ve assembled in their own living room. The cars are customizable with hundreds of new virtual weapons, upgrades and special items for all-out vehicular mayhem. AI allows the cars to fully control themselves on the tracks and use diverse strategies to fight to the finish. The game supports up to 4 players at once, with any combination of human and AI players. Team Play and Balance Cars settings add even more variety and fun for match-ups of experienced and novice players.

Perhaps the most important news today is that we have a firm release date of 20th September and price of $149.99 for the Starter Pack. This includes the following:

Additional expansions increase the variety and number of circuits that can be made: