What if Animals were Round? 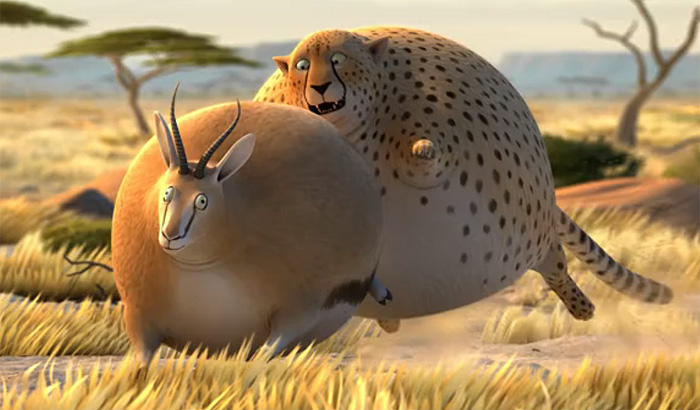 What would happen if animals were round? Would they roll down hills, or bounce uncontrollably when they jumped? How would predators like Lions or Crocodiles catch their prey, or would they just bounce right off them? In this video by Rollin’ Wild, you don’t have to imagine what the world would be like, because they’ve combined our four favourite things: science, wild animals, balloons and awesome, to show you!

Rollin’ Wild made this cool video for the conference on Animation, Effects, Games and Transmedia in Stuttgart Germany 2013. It’s pretty funny to watch as round animals try to cope with their new spherical shape, but what’s so awesome is where this idea originally came from. The idea of round animals was inspired by real life science, which makes the video even cooler. The Spherical Cow is a physics story used to help students who study science. It works by helping students to imagine a difficult problem visually so they can solve it. The animators of this video thought it would be cool to try out this idea with more animals in real life, and decided to create this video of round animals free to roam the planes of Africa! Which one did you like the best?

If you liked this post and want to see more awesome science videos, why not check out our Awesome channel?