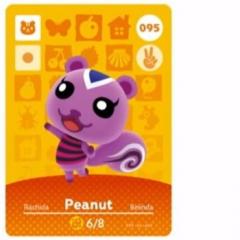 Nintendo’s has announced a brand new Animal Crossing spin-off. Animal Crossing: Happy Home Designer, due out this autumn on 3DS, will let you play as an interior decorator who must create friendly living quarters for an bunch of critters.

The game will also feature Nintendo’s first Amiibo Cards. These work in exactly the same way as the Amiibo figurines, using an in-built NFC chip to communicate with the Wii U or New 3DS XL. Older 3DS models will require the use of an upcoming external NFC reader, which is now due out on the same day. You can use the Animal Crossing cards to introduce additional in-game extras such as new characters. Amiibo Cards will sell for less than the figures – prices still not set.

In other Amiibo news. Look!  A yarn-made Yoshi – the upcoming Wii U title Yoshi’s Woolly World will bring with it a special Yoshi Amiibo made of yarn. 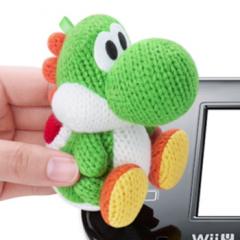 You can get it in three colours –green, light blue and pink – and then to unlock a second on-screen version of the character. Should be out before Autumn.

There are lots of other new Amiibos on the way, too. Nintendo has confirmed that May will see the release of Super Smash Bros Amiibos for Charizard, Pac-Man, Wario, Jigglypuff, Robin, Lucina, Ness and Greninja. In the same month three Amiibos will also launch alongside Wii U shooter Splatoon. They will be made available individually or as part of a three pack. In July they will be joined by Dark Pit and Palutena while September will see the release of Ganondorf, Bowser Jr, Olimar, Dr Mario and Zero Suit Samus.