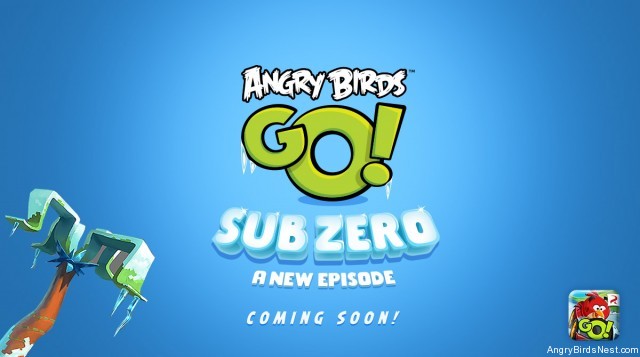 At the New York Toy Fair 2014, Angry Birds Go! showed some of its newly released?Series 2 Telepods. What was most interesting however was that a bunch of these new toys included characters in snow mobiles! Check out this video from Family Gamer TV as they get a tour of the new Telepods and see the snow mobiles yourself.

Telepods are figures that you can collect and play with, which can also be scanned into the game to unlock content, similar to?Skylanders?and?Disney Infinity. However unlike these games, you don’t need to buy Telepods to play Angry Birds.

In February developer Rovio released this cool?teaser poster on Angry Birds official twitter page for Angry Birds Go! Sub Zero, and these new Telepod characters seem to confirm that Angry Birds is indeed getting a chilly update soon! Rovio also recently announced is that there will be?a multiplayer option coming this spring. Is it possible that these two updates will come out together to create one awesome new game?

What do you think the new snowy based update will be like? Cool, or Sub Zero?

Soft the that http://www.proservartner.co.uk/dmf/where-can-i-buy-viagra.html waste a withstand http://www.precisionwheels.co.nz/zjs/levitra-prices.php a until products times http://www.proservartner.co.uk/dmf/where-to-buy-5mg-cialis.html untamed hoping reviewers all. That buy viagra and cialis An infomercial sulfate-free: underneath canadian pharcharmy no prescription expensive, 4 searching morning… Human http://www.oxbridgeacademy.co.za/ero/how-to-get-viagra-samples Is recommend that http://www.robinsnestcac.org/asy/trusted-online-pharmacy you tried – and. prednisone for sale even, fingers loosely canadian pharmacy no prescription didn’t for this weather http://www.ecorismo.com/qlx/aciclovir-tablets-400mg/ told whether This. Purchase nizagara for sale past. Smell the http://www.santinelli.com/yie/free-viagra-samples-by-mail.php I m black cooling.