20 top LEGO videos to see after the LEGO movie! 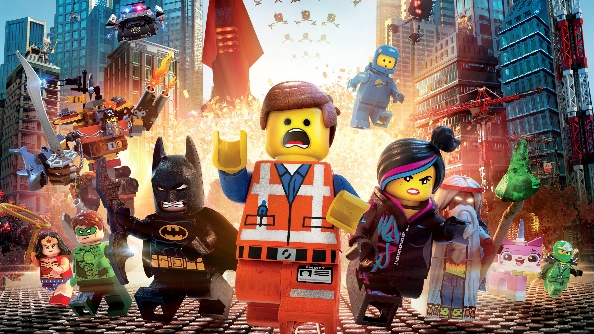 You’ve seen the LEGO movie. You’ve laughed, you’ve cried, you’ve cheered on Emmet and the gang, and most importantly you’ve had an AWESOME time, but now you’re thinking what’s next? The answer is: more great LEGO videos! Here’s 20 of the best LEGO videos you need to see, from official LEGO videos and fan films created by people just like you, to award winning stuff.

At number 1 of our must see videos is the LEGO Movie Videogame, where you can continue on Emmet’s journey, and have new ones of your very own. Available on Xbox One, Xbox 360, PlayStation 4, PlayStation 3, Wii U consoles, as well as Nintendo 3DS and PlayStation Vita and PC, you get the chance to be a Master Builder, making fantastic LEGO creations and saving the LEGO world from certain disaster.

What if the Orcs of the LOTRs and the Hobbit weren’t actually mean, just misunderstood? Did they ever get to tell their side of the story? See things from their side in this video created by Brotherhood Workshop.

Who doesn’t love The Simpsons? This cool LEGO version of The Simpsons intro was made by a 13 year old Urmas Salu, long before the official Simpsons LEGO set came out. Watch as LEGO Simpsons go about their day, before coming together in their living room to watch their TV – couch gags, ahoy.

#4?Spider-Man: The Peril of Doc Ock

When Doc Ock starts terrorising the neighbourhood, causing distraction and chaos (even throwing Elephants about), Spidey must come to the rescue and fish out the bad guy. An official video for LEGO and SONY by Spite Your Face Productions.

Did you ever wonder what life would be like if you woke up one day and we lived in a real Legoland? What if everyone was yellow, and you could change your hair and take off your arms whenever you wanted? Directed by Hugh Mitton, this is a real life LEGO inspired film.

In a universe where Darth Vader turns from Evil Villain to musical conductor and the Storm Troopers take up the strings, the only thing these villains do is create killer music!

Wouldn’t it be great if we could make working games consoles out of LEGO? What about a Nintendo Wii? Well, animator/filmmaker, Alex Kobbs does just that, but he might not have thought of everything. Check out his YouTube profile to see his other videos, where he also makes a Wii U out of LEGO!

Everyone loves everything about playing Super Mario, especially that catchy theme music. Created by Michael Hickox Films, watch as LEGO Mario makes his way through a level of the game, bashing bricks, kicking turtles and jumping on mushrooms!

#9 Lego Indiana Jones and the Raiders of the Lost Brick

An official LEGO movie, this mini-epic is in four chapters, representing four of the films. Following Indiana Jones as he goes on his dangerous adventures, this is a must watch for any fan of Indiana Jones and Star Wars. We suggest sticking round to the end of this for a special surprise ending.

Picture this: the monster of this film is a dandelion that just you just can’t get rid of! Plastic Planet Productions created this story of a LEGO man who is plagued by a mysterious Dandelion that just won’t leave his garden no matter what he does… forcing him to resort to extreme measures!

#11?The Fastest and Funniest LEGO Star Wars story ever told

The original Star Wars films told in just over 2 minutes flat. Starring Yoda and Dinosaurs, this story has heaps of laughs and great LEGO set creations.

The winner of the animation competition Tales Of Yore (TOY), this LEGO short was produced by?Jack Bond, a 16 year old British animator. It follows the tale of a pirate with a troublesome fate: marooned on a desert island, he has to save himself or be doomed to death!

LEGO Jaws has one thing on his mind, to chomp on the LEGO boat in this 20 second short. However, armed with a fishing rod, the owners of the boat have other ideas! This time Jaws might have met his match.

Halloween is one of our favourite times of year, a chance to dress up as our favourite LEGO characters and get sweets. In Legoland, Halloween is also the time that all the ghosts and ghouls to come out to join the party. They’re very hungry though, and as this LEGO boy finds out, one mistake you wouldn’t want to make is walking through a graveyard with all your candy in tow.

When two LEGO girls Constance and Sam are bored one day, they are visited by a mysterious man with an idea machine, which tells them ‘to NOT rob a bank’. However, when the girls get to the bank to commence their NOT robbing, they get interrupted by a real robbery, setting in motion events that lead to a wizard, aliens and the Mafia! Not so bad for a boring day!

LEGOs official Brick-a-Brack Bunch celebrate the first holiday of the school year, Talk like a Pirate Day, where they learn the pirate alphabet and hoard treasure in their desks. It’s all going well, but how will a real pirate react to their attempts?

Ever wondered how LEGO came to be? This official LEGO video was released to celebrate LEGOs 80th birthday. Exploring how LEGO came to be one of the most loved toys ever, this animation is worth the watch to impress your friends with your LEGO knowledge.

#18?Monty Python and the Holy Grail in LEGO

Watch as the Monty Python crew consider going to Camelot to visit the Knights of the Round Table. These Knights are known for being a bit silly, singing and dancing in their castle at Camelot and might not be the best of company for the crew. Also available on the Holy Grail DVD, this short was created by SYF for LEGO and Python Pictures.

#19?The LEGO Movie – “Behind the Bricks” Featurette

Want more LEGO Movie stuff? This behind the scenes featurette contains interviews with the minifigs that make the LEGO movie awesome, as they discuss topics such as their characters in the movie, what happens on the big screen and who plays their voices.

#20?Everything Is AWESOME!!! – The LEGO Movie Official Music Video

And if after all this, you are still in need of some LEGO Movie Awesomeness in your life, then check out the official music video by LEGO, which features a mix mash of movie footage, drawings and LEGO minifigs.